American coffee cakes don’t actually have coffee as an ingredient, they get their name by association:  we eat our cake with our beloved coffee.  What a glorious idea, passed down from our German ancestors who named the occasion: Kaffeeklatsch or coffee gossip.  Friends gather around, share their stories and enjoy a sweet cake and coffee.  I’ll take it!  And you can too.  I offer you the newest addition to our CakeBite family, the Frosted Coffee Cake: a moist, rich, cinnamon and vanilla cake, bound by cinnamon jelly, enrobed in frosting and topped with a cinnamon drizzle.  Cinnamon-palooza! No coffee, no problem.  Did you know that during the Roman era cinnamon was more expensive than silver?  Too bad, so sad for Caesar.  Drink your coffee on the go? Frosted Coffee Cake is a perfectly portioned on-the-go compliment to any beverage or as a solo snack for the school kids.  Isn’t it time for a Kaffeeklatsch? Grab a CakeBite and enjoy! 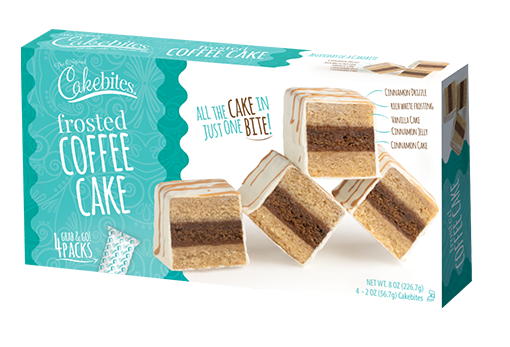 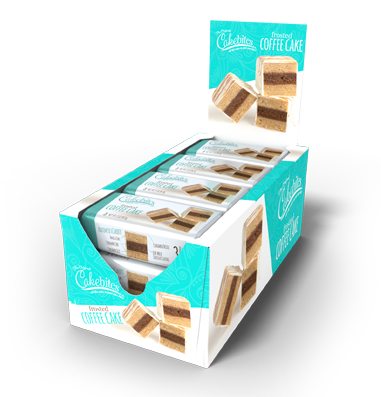 Check Out All Of Our Amazing Cakebite Flavors!

Let’s Get In Touch!

We would love to hear from! Drop us a line and we will be sure to get back to you!